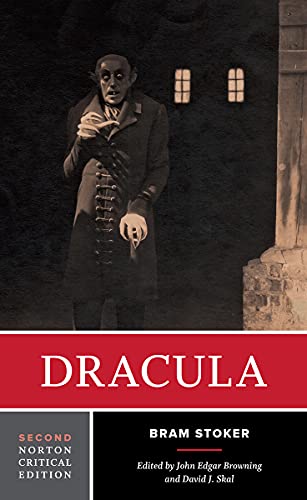 Dracula is required reading for one of my university classes and this review started out as a joke. I asked a friend if I should write a scathing review of Dracula and was told yes. Afterall, they have been listening to me complain about this book for about a week now. So, let’s start from the start.

I love gothic horror. I also love vampires. As a child I loved Bela Lugosi and later Christopher Lee. Then there was Johnathan Frid. I screamed when Dark Shadows was remade into a comedy staring Johnny Depp in 2012. I love Johnny Depp and Helena Bonham Carter. I’m also a bit of a purist when it comes to classic movies and books. I still haven’t watched it. I was appalled when Tom Cruise and Brad Pitt were cast in Interview with the Vampire. I was even more appalled at what was done to Queen of the Damned.

My senior year in high school I was excited when we were assigned Jekyll and Hyde along side Dracula. Finally, something assigned in an English class worth reading. I remember loving the book then. I also remember still loving it when I reread it a few years later.

Today I find myself yelling at my Bram Stoker Funko, using every color of fine liner and highlighter I can find to annotate my copy of the book, and screaming to anyone who will listen, even the one guy in all my classes I’ve kind of made friends with. Nothing like getting a random text from the weird girl in class screaming about what a mediocre writer Stoker was and why. I even blogged about it briefly.

I have no idea why my friends talk to me sometimes.

Here’s the thing. I like the multiple points of view told in diary and letter form. It paints Mina, Johnathan, and Dr. Seward as unreliable narrators. I love me some unreliable narrators. Dracula, the “monster” being hunted, is never given a voice. Much like Frankenstein’s Monster, we don’t know his side of the story. Even if we don’t like him, should we pity him? It’s also interesting that Van Helsing isn’t really given a voice, and yet so many contemporary works feature him. It’s odd to exclude him from the narrative in such a way. I have a theory as to why he was excluded in such a way but that is a topic for another time.

As an over all whole, I like the story itself. I think it was best done in movie format staring Bela Lugosi. In fact, I credit Lugosi with my love of Dracula and most of the vampires that came after him. I’m am excluding the glittered covered ones that sparkle in the sun. I accept that they may be a species of vampire, or what has become of vampires thanks to evolution, but I do not accept them as true vampires. Stephanie Meyer even stated she knew nothing about vampire lore when she wrote them. I digress. Bela Lugosi takes the blame for my love of vampires and the story of Dracula. It’s clouded my vision until now.

I am going to give Stoker the credit he deserves here. Without his novel, vampires would probably not have become so imbedded into pop culture as they are. Unfortunately that novel is littered with inconsistencies and errors. I guess when it was released in 1897 people were more forgiving…or they weren’t English majors conditioned to rip apart everything they read and over analyze it. No, I’m going with the first. There is a copy of the letter written by Sir Arthur Conan Doyle in my Norton’s Critical Edition praising the book. As a writer, I am sure Doyle could spot the problems a mile away but he chose to overlook them.

But these problems are glaring. They are the worst kind of plot holes. Here, Stoker has created all these rules that vampires have to live by, and he can’t even follow the rules himself. It makes me want to throw my book across the room. Then there is this, on page 214

There should be fifty [boxes of dirt] there, unless any have been removed-as from Dr. Seward’s diary I fear. I shall try to see the carter who took away the boxes from the Carfax when Renfield attacked them.

This reads as if Johnathan Harker does not trust Dr. Seward to count, or to not change the entries in his diary. It also insinuates he could be a liar. That aside, Renfield never attacked anyone other than Dr. Seward, and that happened inside the asylum. Renfield considered attacking Seward during his second escape as well as the asylum attendants at Carfax, until he seen a big bat in the sky.

It is also implied earlier in the book that Johnathan my know one of Dracula’s “brides”. Then there is the whole thing with Lucy’s hair color. Vampires can be blond, Stoker established that. He then decided to change that without any care to what had been written by his own hand previously.

Consistency by the author would be nice. Expected even. These problems, as well as others, come as a shock while you are reading and pulls you out of the story. Dracula, in it’s original form, is mediocre at best. Stoker needed a better editor. It makes an interesting study for the college/university student.  A sit down and read novel for fun it’s not.