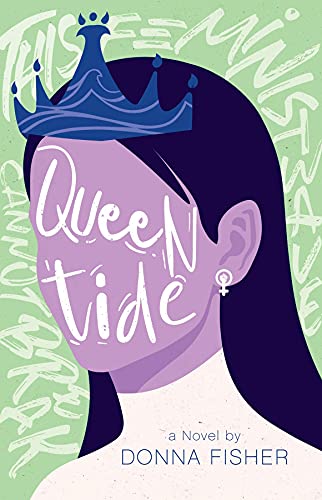 I will admit, considering what is going on in the United States right now, I often forgot that Queentide was taking place in near future Australia. I wonder how much of U.S. current events were juxtaposed onto Australia. Queentide is a rather feminist book with LGBTQ+ representation. Something else that I love is the Aboriginal representation.

Authoritarianism has crept into the country. Women have lost their rights and voices. But Bodie and her militant granddaughter, Insley, are gambling everything to return them. They have set up a radical feminist group, Queentide, to steal the upcoming election and make Aboriginal politician, Kathleen, the next Prime Minister of an all-women Government. The ex-wife of a senior Minister, Lilith, vows to help them by sharing explosive secrets that will guarantee Queentide’s success.

But two things might stop them. A state-backed, violent men’s rights group and a bitter power struggle that threatens to tear Queentide apart.

This idea of a militant state-backed violent men’s rights group reminds me so much of Trumpism and the white nationalist militias that backed him. The sexism and misogyny remind me so much of the current political state right now with the overturn of Roe v. Wade. I wish we had a veteran and well-know women’s rights activist from the 60’s to lead the fight against SCOTUS and those that are die-hard Trumpists that want to see him reinstated.

Queentide is well written with characters you want to see win. The group of women that has come together to form Queentide are very different from each other. They each have their own strengths and work well together. Naturally, there is that one person who doesn’t agree with how things are being done. There always is.

The book is also political…but, you have to admit, a patriarchal government is a great antagonist. The relevancy of the book is a little unnerving. It also reminds us that certain groups battle for rights is ongoing.