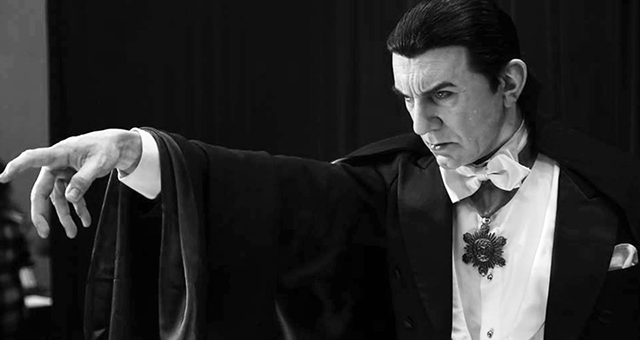 Today I am convinced my love of Dracula comes more from Bela Lugosi than from Bram Stoker.

Let me preface this by saying I was a weird child that grew into a weird adult. As a child, and I mean child between 3 and 9, I loved classic gothic horror. I am talking Dracula, Dark Shadows where Barnabas Collins was played by Johnathan Frid, I am talking Christopher Lee, Peter Cushing, Vincent Price, Lon Chaney (both senior and junior), and Boris Karloff. I prided myself in telling my childhood dentist he looked like Boris Karloff. Obviously he asked how I knew who Boris Karloff was. He played Frankenstein’s monster. My 7 year old child brain thought everyone knew this.

In English 500 (for everyone scratching their heads, that is a grad school course number), we are reading Dracula by Bram Stoker. In the last week I have found myself yelling at my Stoker Funko and wanting to throw it across the room. Dracula is still Dracula but Stoker was such a sloppy writer. I swear this book was much better the first time I read it. Then again, going back years later and reading Romeo and Juliet I found a rape joke, and a dick joke that I didn’t remember being there. Life experience, even by a few years, changes everything.

Being a university student, naturally we are assigned the Norton’s Critical Edition. I love these books because of the essays in the back. You begin to look at the stories in different ways. For example, I never looked at Dracula as a colonist story before. I also never thought about, But that isn’t what this post is about. This post is about Stoker getting more credit for being an awesome writer than he deserves. Granted, Dracula is a “good” story and has earned a place in pop culture. I would still reread Dracula over Twilight, but that is a whole different post, but Dracula is not a “great” story.

One area of contention is that Johnathan Harker puts in his journal that he has never seen Dracula during the daytime. I forget where this was mentioned, but I was willing to write it off as by daytime he really meant in daylight since words like morning and evening are so vague. Morning could be as early as 4am, and as Johnathan was not sleeping normal hours while staying with the count, as they were up all night talking, it’s hard to say what time it really was. In reality it doesn’t really matter. The whole vampires do not come out in sunlight was not established by Stoker, but by the 1922 film Nosfuratu. In fact, Stoker states that a vampire can change forms at noon (p. 224).

The discrepancies though. Maybe he forgot what he wrote. Maybe he changed his mind about an idea and didn’t explain. Maybe he was just a sloppy writer and didn’t care. Whatever it was, he needed a better editor.

“He had even brushed Lucy’s hair, so that it lay on the pillow in its usual sunny ripples.” (p. 156)

“Sunny ripples” implies either blond or reddish hair. Later we get this…

“The figure stopped, and at the moment a ray of moonlight fell between the masses of driving clouds, and showed in startling prominence a dark-haired woman.” (p. 199)

I spent a lot of time ranting against whoever was paid to make annotations in the book for scholarly purposes because I found the annotations annoying. There are so many and they pull you out of the book. I railed even harder and louder about the footnote for that particular line.

Lucy’s transformation is complete; her sunny blond hair has taken on the dark coloration of supernatural evil. Stoker evokes the common dichotomy of lightness/darkness and good/evil.

Seriously? I’m not buying it. I give page 46 as evidence when Jonathan Harker meets the three women vampires in Count Dracula’s castle.

“…The other was fair, as fair as can be, with great wavy masses of golden hair and eyes like pale sapphires.”

You can be blond, pale, fair, whatever word you want to use, and still be an evil bloodsucking vampire. Exhibit 2. 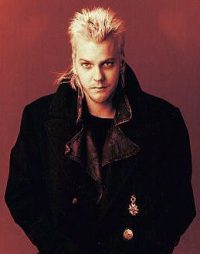 Okay, now I’m just being a smartass. Seriously though, I don’t know who I am more angry with. Stoker for obviously not knowing what his own character is supposed to look like or the footnote writer who came up with some logical, scholarly reason for the change. The change was unnecessary, as already established in the castle. This bothers me more than it probably should. I should just forget it and go on with my life, but I can’t.

I am greatly disappointed in you, Mr. Stoker.