The Oracle of Vitar

The Oracle of Vitar 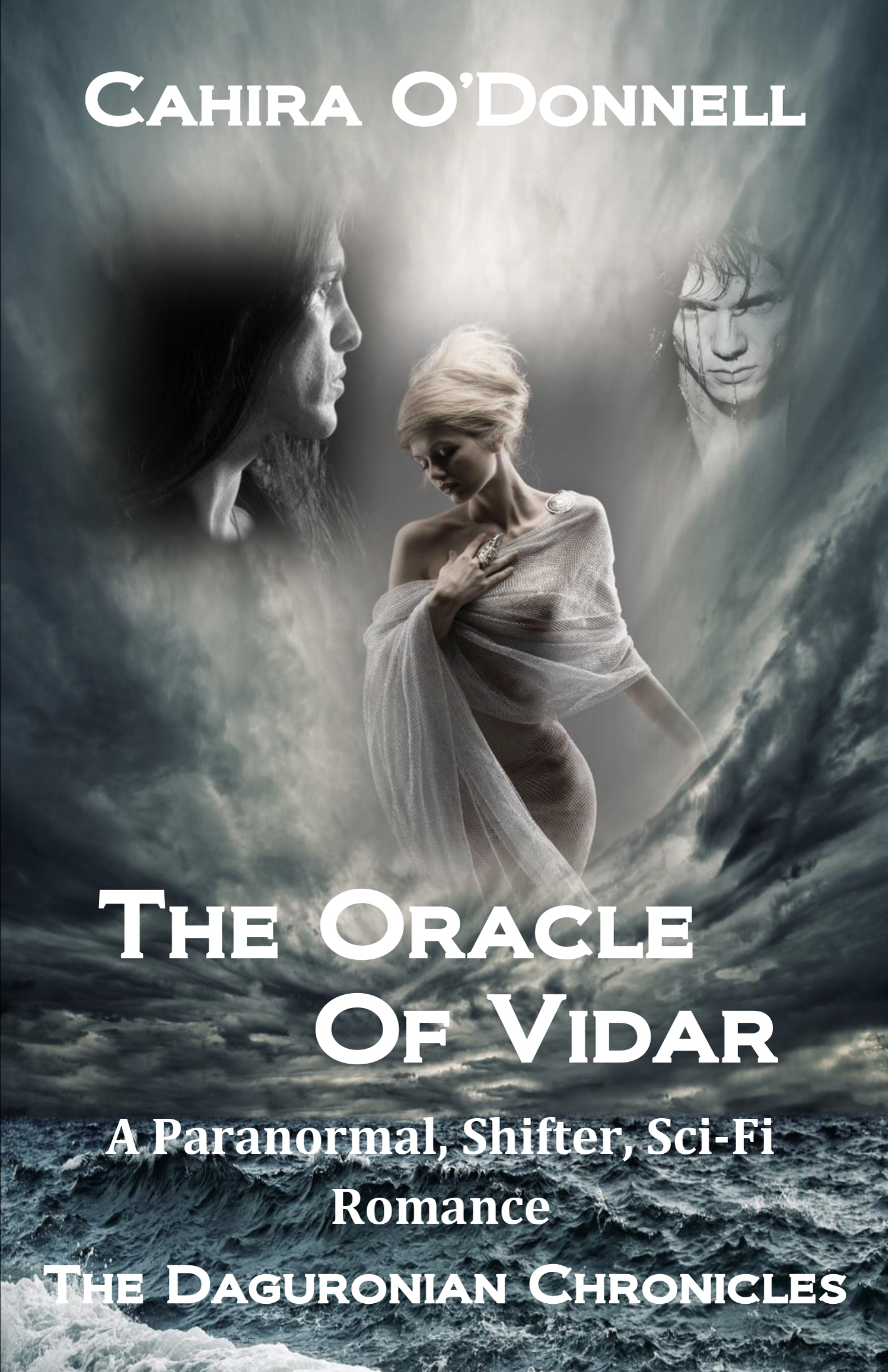 Category: book review
Author: Cahira O'Donnell
Genres: paranormal, Romance, science fiction
Series: Daguronian Chronicles
Accosted in her bed and abducted by aliens was about the last thing Michelle expected to be doing Monday morning. Yet it was that fateful day, the morning of her destined death, that changed her life forever. Little did Michelle know the monstrous, befanged alien looming over the bed was her destined mate come to save her from certain death.

I was given an advance reader copy in exchange for a review.

Unfortunately, the first book on my ARC list is so not my thing. There are people out there who love these kind of books and I am just not one of them. I didn’t hate it, but it is not something I am going to reread and if I ever need to free up space on my tablet, I will delete it.

In my brain, this book would have worked much better as a fantasy than as a work of science fiction. The Viridians are basically alien vampire-werewolf hybrids that can shift between states. The “werewolf” half is called “the animal” because it is behaves like an out of control animal without reason. There was no real description of ‘the animal’. All the reader knows is it has claws, it growls, and it is irrational. The main Viridian male, Lann, is also an Alpha, a term used in werewolf paranormal romance to denote the leader of the pack. My brain went straight to space werewolf rather than an alien out of Star Trek.

Naturally, the human female protagonist, Michelle, is Lann’s soulmate born on a different planet. He kidnaps her from the path of a deadly tornado just as she is about to die. He spirts her away to his planet and makes her his mate. On the way to Lann’s home planet, Michelle starts to turn into a Viridian, because Lann bit her. She is also gaining special psychic powers that will require a special guard. Not only has she become the queen of the Viridians, but she has become a seer. In order for her bodyguard, Rafe, to communicate with her telepathically, and therefore protect her properly, she has to bond with him as well. The three form a royal triad. Adding to the mix is Lann’s jealous cousin who wants to break up the triad and take Lann’s place on the throne. In order to do this, he has to steal a magical stone that will control supernatural entities on the planet.

I probably made all this sound worse than it is. On the other hand I feel if the sex were removed from it, it would make an awesome B-movie. I do love me some proper B-movies. #GuiltyPleasure

Speaking of the sex in the book…the word ‘copious’ should never, I repeat, never be used in a sex scene. That is unnecessary. I get what the author was trying to convey but…just no. I will read just about anything, but the use of the word copious is a deal breaker. The only reason I finished the book was because it is an advanced reader copy and a review is expected from me.

The main characters were written well enough. However I did not grow attached to any of them. The world building was interesting and I would have liked to see more of it. I felt that some of the ideas in the book weren’t developed enough, like the supernatural beings of planet. The space whales were more developed and had a less significant part to play. O’Donnell chose to describe some things of lesser importance, like the space horses, while not describing fully other things, like the animal. I hope that there was not a description in one of the other books in this series, as this is supposed to be a stand alone book. Lann’s speech pattern shifted often between stoic alien and casual human making it hard to believe him to be the kind of the planet.

There are people out there who love these kind of books and it is all they read. That is who this book is written for. For me, there was really too much going on. I felt like O’Donnell wanted to see how many genres and tropes she could cram into a book. Vampires, werewolves, shapeshifters, supernatural beings, an earthling who has her DNA totally change so much she is no longer human, psychic powers, romance, space, soulmates, triads, alpha males, and whatever else I may have forgotten, just made it really over the top. Some of the scenes felt like they were bordering on rape (I’m sorry, a guy controlling himself where he doesn’t rape a girl doesn’t make him sexy, it makes him a decent human being) and beastiality (the animal/werewolf component).

Overall, this book just wasn’t for me but I know there are others who will appreciate it in all the ways I didn’t.