While doing my undergrad in English, I double majored in Religious Studies and attempted a minor in Social Justice. I don’t want to talk about my Religious Studies degree because this post will turn into a rant raging against Evangelical Protestant Christians. The hypocrisy makes me angry.

Early in studies I was talking to my advisor in the English department and he told me there was going to come a day when I would be able to tie what I was learning in English literature and Religious Studies together. It took a number of semesters, but it happened. I actually ran into his office excited when it happened. Not long after this it was time to apply to grad school. I had to write a statement of purpose about why I wanted a MA in English with the chosen concentration I picked, Cultural Studies. It was that lightbulb moment that pushed toward Cultural Studies. I wrote about how culture is reflected in literature and how literature interprets culture. It’s always been that way and it is very evident in science fiction. I have written about my love of science fiction multiple times. It is always about culture and the problems within society. 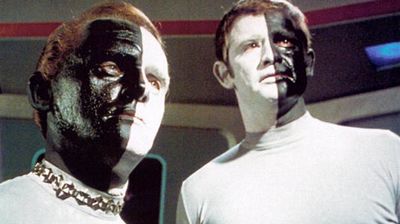 Even in the late 60’s Gene Roddenberry was tackling social issues in Star Trek. The episode Let This be your Last Battlefield was all about racism. Even as a young child I understood the message of this episode. Looking back, the makeup was problematic, but it was 1969 and it was very much a victim of it’s time.

That is where the Social Justice minor came in. This branch of sociology is all about the history of these social issues, the affects and effects they have on individual people and groups in society, and how they can, theoretically, be fixed. I say theoretically because changing society is never textbook easy. Regardless, it still gives you the tools needed and the knowledge on how to effectively bring about change. At graduation I was one credit short of finishing the minor. The four electives were supposed to be spread across 3 disciples and I only took classes from two disciplines. Ironically, I took one too many English classes when I should have taken Social and Political Philosophy or Race and Place in America. I was hell bent on taking Science Fiction Literature. 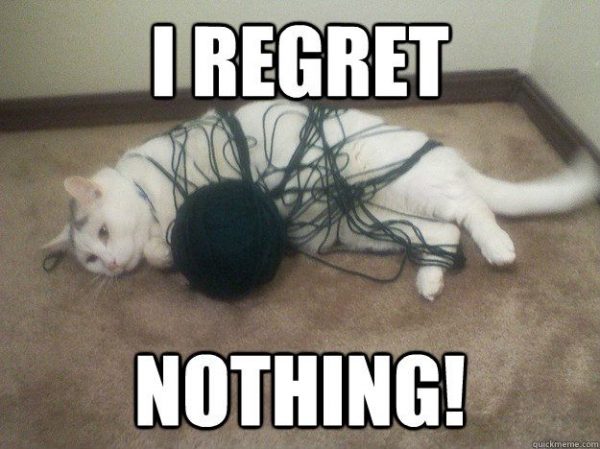 I could not have been talked out of taking that class and it ended up being one of my favourite classes. However, I am still annoyed over one of the required classes for the minor. It was taught by an ableist professor who made the class more difficult than it should have been. The course was a waste of my time, I learned nothing in it, and I didn’t complete the minor.

At any rate, I wanted to minor in social justice because living in a world where Trump was president at the time made me angry. I still believe he ran for president as a publicity stunt and to feed his own ego. If anyone was ever seriously unqualified for a job, it was him. As the leader of the country the world was shown over and over that unless you were a white, cisgendered, heterosexual able-bodied man, you didn’t matter. Today we are still dealing with the repercussions of his administration.

Reproductive rights are being taken away. SCOTUS declared a war on women. Yes, I know, ‘women’ isn’t very inclusive but the sad truth is, these judges care even less about the LGBTQ+ community and act like they don’t exist. They were not thinking of LGBTQ+ people when they overturned Roe v. Wade. They were seeking to control women. Transgender and non-binary people ended up in the crossfire as collateral damage. They weren’t supposed to get involved. They were supposed to stay out of sight where the white, cisgendered heterosexual able-bodied men in power could continue to ignore them as if they didn’t exist. I can’t help but wonder if SCOTUS’s public statement they were going after gay marriage next wasn’t, in part, some kind of retaliation.

I came across a handful of news articles from the last 24 hours covering an opinion piece claiming women are being erased in this fight for reproductive rights because transgender and non-binary people exist and need to be included in something that affects them as well. Activism has to be intersectional. Apparently we aren’t allowed to use the word “women” anymore and instead have to say “people with uteruses”. I can’t help but wonder if these people who are putting an emphasis on the word women realize they are implying that women aren’t actually people. It’s as if by using the word people, women are erased. Are women not people? If we aren’t people, what are we? This isn’t a war of the sexes/genders. It’s a war of the people who are in power and abusing that power against everyone else.

Obviously, I have a lot of thoughts and opinions. I really need to reign it in and get to my point.

Combining activism, education, and helping get information into the hands of people who want and need it, I am joining with Melissa’s Little Free Library on Instagram in collecting books promoting abortion and the right to choose to place in little free libraries in Northern Virginia. If you don’t know what a little free library is, check out littlefreelibrary.org. It will explain everything.  I’m asking my readers and followers to help me out here. I have around 50 little free libraries in my neighborhood and around the university I will be attending this fall for grad school. Please visit the Amazon wishlist I put together for this endeavor and donate a book to the cause. Together we can make a difference. 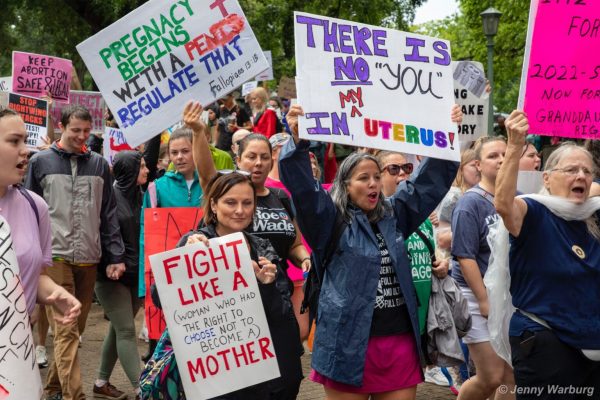