At the rate things are going, I am going to be out of content before Banned Book Week gets here. I live in Virginia and politicians here are trying to catch up to the ones in Texas. Delegate Timothy Anderson of Virginia Beach and Tommy Altman, a congressional candidate, are trying to get Barnes and Noble to remove two books because of obscenity. (Washington Post link to story.) Tommy Altman is doing this because he is running for office as a way to get his name out there. No one can convince me otherwise.

The two books in question are Gender Queer by Maia Kobabe and A Court of Mist and Fury by Sarah J. Maas. Every transphobe on the book banning bandwagon bitches about Gender Queer so I’m not surprised there. It just seems requisite at this point. Sarah J. Maas on the other hand is a popular fantasy author. Nothing screams political attention whore to me than going after the big and popular author of the moment. Not only that, this guy is trying to tell a privately owned business what they can and can not sell. If, by some chance, he succeeds, this will set a dangerous precedence I don’t even want to think about.

I’m not convinced Anderson or Altman have read either book. As politicians, I’m not sure they are even literate. 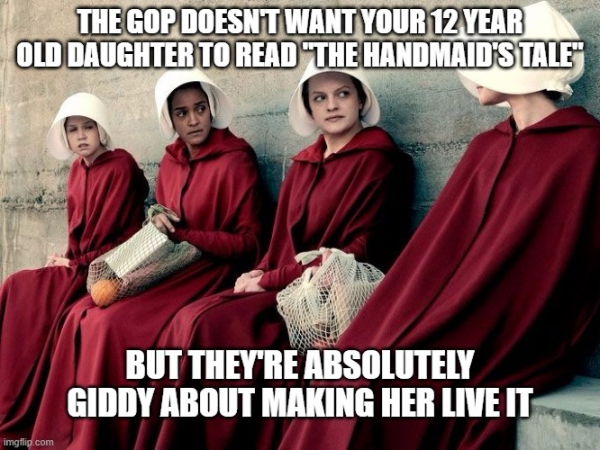 1973 saw a court called known as Miller v. California. Marvin Miller was charged with obscenity for mailing 4 advertisements for books and one for a movie. The case made it all the way to the Supreme Court where a definition of ‘obscenity’ was laid out.

Three criteria must be met in order for something to be considered obscene.

1. The work in question must appeal to prurient interests;

2. It depicts or describes, in a patently offensive way, sexual conduct specifically defined by the applicable state law;

3. The work, when taken as a whole, must lack serious literary, artistic, or scientific value.

In short, the judges in the case, when asked to define obscenity said “I’ll know it when I see it.” What is and is not obscene is subjective and depends on who you are asking.

Based on the Miller Test, I seriously doubt that Mr. Altman is going to succeed in his suit against Barnes and Noble. This means that the entire jury will have to read both books. That means all 642 pages of A Court of Mist and Fury. People scoff at reading an average sized book, and now 12 jurors have to be found who are willing to read a brick. “The work, when taken as a whole” is very important. A book can not be banned over an individual passage. Literary value can not be determined by one paragraph. But here we are. I hope the jury enjoys both books.