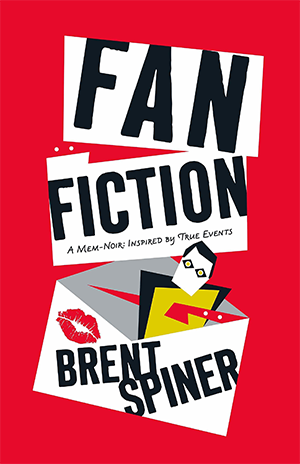 Category: book review
Tags: brent spiner, fanfiction
Author: Brent Spiner
Genres: comedy, fanfiction, myster, satire
Brent Spiner’s explosive and hilarious novel is a personal look at the slightly askew relationship between a celebrity and his fans. If the Coen Brothers were to make a Star Trek movie, involving the complexity of fan obsession and sci-fi, this noir comedy might just be the one.

I had no idea Brent Spiner was this weird.

When he was approached to write his autobiography he decided he wasn’t going to do a normal biography. He was going to write something to entertain his readers. Something that would be more interesting than what it was like to play Data on Star Trek The Next Generation. He succeeded by writing fanfiction, based on actual events, about himself, his TNG co-stars, a set of twins, some colourful characters, and a stalker. Sometimes it’s hard to tell what is fact and what is fiction. Other times the absurdity is obviously bullshit. But it’s funny. I mean really funny. Or maybe I just have a strange sense of humor.

Fan Fiction revolves around one particular episode of TNG called The Offspring in which Data builds an android daughter. Even though the Trek references are heavy, being a Trekkie is not required (although it’s helpful) to enjoy this book. Spiner explains everything that one needs to know about the show and his co-stars. He doesn’t assume that everyone coming to the book knows the series inside and out, or is even familiar with it. After all, it is supposed to be fanfiction that anyone could stumble across.

Fan Fiction A Mem-Noir doesn’t fit neatly into any one genre. It is part satire, part thriller, part mystery, part memoir, and part fanfiction. I really don’t have a lot to say on this one, other than it’s fun read that I highly recommend.