Science fiction, for the most part, has always been about straight white me for straight white men. I say mostly because, in the heyday of pulp magazines and the Golden Age of Science Fiction, about 15% of science fiction writers were female, give or take. Fifteen percent isn’t a large percentage, and that number has only grown by 10% in about 70 years. Many also wrote under a mans name like Alice Bradley Sheldon, better known as James Tiptree Jr., because that was the only way to sneak past those gatekeepers who wanted to ensure that science fiction remained a mans world. 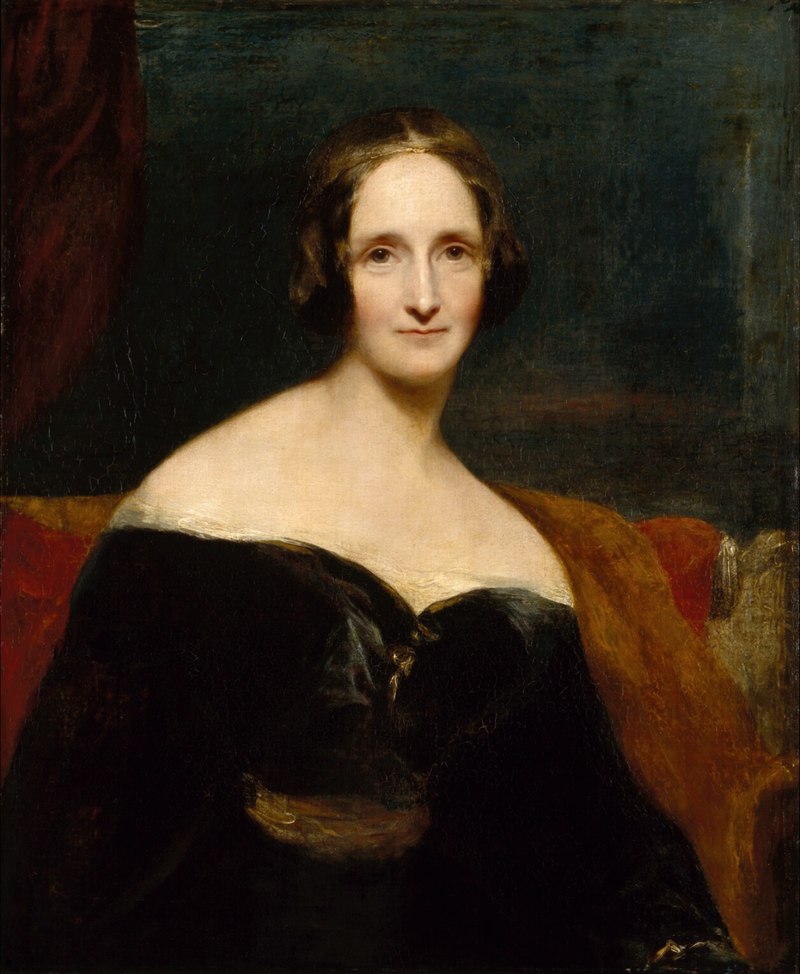 Ironically, the first science fiction novel of this male dominated genre, was written by a woman. Mary Shelly published Frankenstein in 1818 when she was only 20 years old. Frankenstein was also the start of the mad scientist trope. No one quite measures up to Doctor Frankenstein though. He has cornered the market on creating monsters out of dismembered corpses. Others have tried, but they haven’t done it quite as well.

Science fiction works were sporadic for more than 100 years after Mary Shelly. The phrase ‘science fiction’ was coined in 1920 by Hugo Gernsback to describe what H.G. Wells and E.R. Borough were writing. While a small number of women were writing for pulp magazines, it wasn’t until the 1960’s that another full length novel was published with a woman’s name on it.

During the Golden Age of Science Fiction, when women started being portrayed in science fiction stories, they were framed through the eyes of sexism and misogamy. Women in science fiction were very much a victim of the times. They were portrayed as emotional and weak, childlike and in need of protection. The Cold Equations, by Tom Godwin, while a good story reflecting how absolutes were often used, is the perfect example of this. I bring this short story up because of it’s popularity and adaptation for The Twilight Zone.

Before I continue to ramble any further about the history of feminist science fiction, and I could go on for a while, I want to give my feminist sci-fi recommendations. 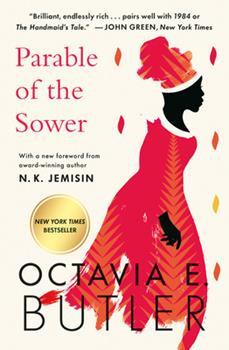 Parable of the Sower and Parable of Talents by Octavia Butler. Nearly every list of must read science fiction contains an Octavia Butler book, and with good reason. Whichever book makes the list depends on who is writing the list and what book of hers is their favourite.

Parable of the Sower was of special interest to me when I first read it because of it’s approach to religion. I double majored in Religious Studies not because I am a religious person, but because I am interested in different religions and how they help form and influence society and culture. It’s big focus is on climate change and what becomes of the Earth and how its inhabitants survive. The sequel, Parable of the Talents, scared the shit out of me. It was a little too reflective of the Republican party’s rhetoric, especially Trump’s. To see the words “Make American great again” written in the 1980’s sent chills down my spine. 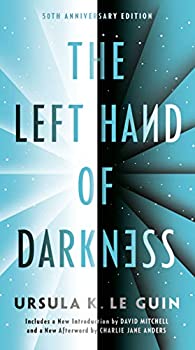 I know, I don’t shut up about this book. The Left Hand of Darkness, but Ursula K Le Guinn is considered one of the best science fiction books ever written. The idea of exploring humans separated from their gender is an interesting one in theory. I’m not convinced she succeeded for a number of reasons. However, I have nothing but praise for the world building, the story itself, and the characters. Genly Ai had some of the most remarkable character growth throughout the novel that I have ever seen.

This is just one book in a series of books, The Hannish Cycle. The entire series is an anthropological story that transplants humans on different plants as a science experiment to see how they evolve differently on each planet. Taken as a whole the idea is quite interesting, but each book is a stand alone story with only technology connecting them. 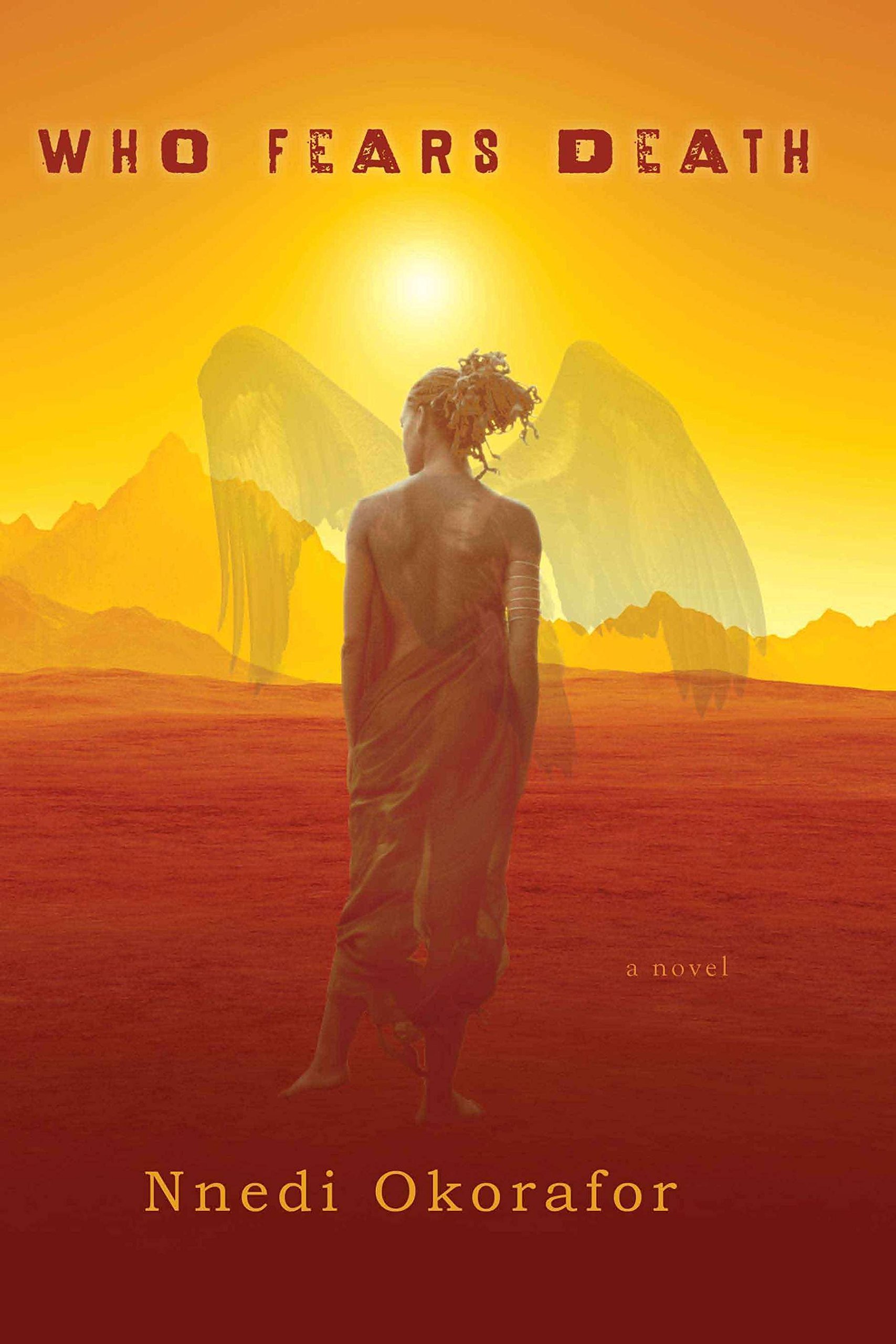 Who Fears Death is another book I won’t shut up about. I honestly didn’t think I was going to enjoy this one, but I loved it. It’s on my top 10 favourite book list. I wasn’t sure about including this here. Much like Dune, it walks that line where science fiction and fantasy meet. I decided to include it because it is a post-apocalyptical novel even though it deals in magic. Genre’s aren’t always clear, obviously. Nnedi Okorafor has written other books that are more science fiction than this one but I’m sticking with this one. 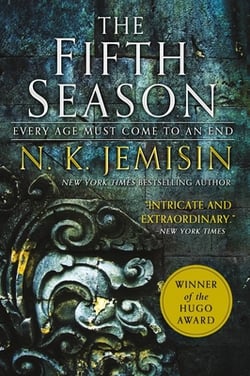 N. K. Jemisin is probably one of my favourite authors. I love her characters and world building. The Fifth Season won a Hugo Award and was short listed for a number of other awards. Jemisin is a master a combining science fiction, fantasy, and mythology into something amazing. This book starts with the end of the world. Set on an alternate Earth, The Fifth Season is the first book in the Broken Earth trilogy about a world plagued by earthquakes and a group of people who can control them.

I will be honest, I have not read this series yet. I do own it. I have read other works of Jemisin’s. It has made a number of must read feminist science fiction book lists so I have included it to prevent recommending several books by the same author, or authors I’m not all that impressed with. For example, I know Joanna Russ is considered one of the “greats” but I find her work difficult to read and understand. So, we are all just going to have to trust the committee that gives out the Hugo awards and every other book blogger who has put this on their must read lists. However, I will vouch for Jemisin as an author. The World We Make can not come out soon enough. 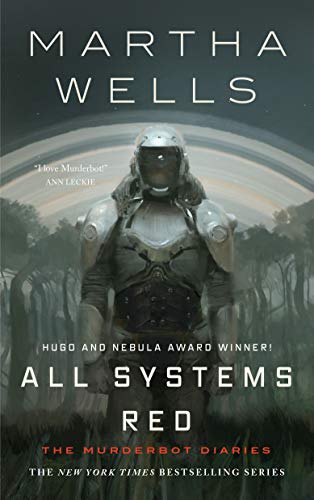 Goodreads tells me that The Murderbot Diaries, is feminist science fiction. I am going to agree with it. First, I love Murderbot. Second, Martha Wells writes all of her characters as equals regardless of gender, sexuality, or race, and in such a way that you just accept them as they are without question.  Murderbot, itself, is without gender. This may be sacrilegious and not at all what Wells was going for but, I think Wells did a much better job examining what a person is when you remove gender that Le Guinn did. The books are very character driven with the world building secondary, but that’s okay. The characters are amazing. Right now most of the books are available on Kindle Unlimited.

I really recommend anything by any of these authors. N. K. Jemisin and Nnedi Okorafor blend science fiction and fantasy, Octavia Butler wrote amazing soft science fiction that focuses on people. Ursula K Le Guinn and Martha Wells boarder on writing hard science fiction. The science stuff is there, but it’s in the background and is not overwhelming. All the authors and their books are amazing. And yes, I know, if I’m lying I can apologize via cash app or apple pay.