Note: This is part of my first assignement for one of my creative writing classes this semester (Fall 2020).

One of my pet peeves are prescription drug adverts on TV and radio. I hate them with the burning passion of a thousand suns. I wish that someone somewhere would decide that, once again, drug companies aren’t allowed to peddle their wares directly to consumers. Worse than the fact that they always show older white ladies in the adverts – as if chronic illness is exclusive to grandmotherly white women – is they perpetrate stereotypes of being chronically ill.

Rheumatoid arthritis adverts always have someone smiling and going about their life as if all is right in the world to convey the message that this particular drug will fix everything. I’m pretty sure that woman is so bloody happy is because she is stoned out of her mind and doesn’t care she’s in pain. Lyrica adverts for treating fibromyalgia are just as bad. I know for a fact that side effects include dizziness, tiredness, and licking walls. They don’t tell you about the wall licking because patients might not be willing to ask their doctor if Lyrica might be right for them.

Dealing with these adverts is a part of being chronically ill that people don’t talk about. You’re sitting there watching AEW wrestling with a family member and it’s commercial break time. An older white woman is on the screen, who very obviously isn’t in pain or moving like she is 30 seconds from complete rigor mortis setting in. Your family member looks at you, trying to be helpful, and says, “Maybe you should try that drug.”

It goes quickly down hill from there because the advert only focuses on one symptom of fibromyalgia. The pain. Because of these adverts there is a large group of people out there who believe fibromyalgia is nothing but pain. All pain all the time. This is the only information they have ever been given “formally” given about the disease. They don’t know about the dilatating fatigue or the cognitive issues because Big Pharma has established that it’s all about the pain. The company that made the drug that makes you lick the walls is the expert, because they found a way to treat it that works, according to the white older woman in the advert who is having the time of her life at a family reunion. Oh, did I forget to mention that because this information was on TV, it’s true and correct. You now get no sympathy or empathy from your family member over other symptoms that, according to your doctor, classify you as disabled, because they weren’t mentioned in that advert.

Pain, at least for me, is not the worst part of fibromyalgia. It’s the cognitive impairment, or what is referred to as brain fog. One could make a horror film out of the experience of a fibromyalgia patient experiences with brain fog. Ed Wood is dead, and I am pretty sure that Lloyd Kaufman has retired, and I can’t decide if Rob Zombie or M. Night Shyamalan would be the better choice so the two of them will just have to collaborate.

I had a photographic memory until fibromyalgia ate it. It didn’t happen all at once, it was a slow process, a slow creeping darkness of a process. A nibble here, a lunch date there, followed by a midnight snack until the biggest portion of my memory was gone. I once described the brain fog to my doctor as trying to walk through the fog of Silent Hill. You can’t see where you are going, forget having any sense of direction, you don’t know where anything is until you come right up on it (and if you are me, fall over it), and at any point something could very well jump out at you.

It’s scary. It’s anxiety invoking. It’s annoying to be an adult and need adult supervision. Without it, you might visit the library and get lost coming home causing your family to worry. What was supposed to take 20 minutes has now turned into 90. It’s dark out, your phone is dead, your tablet has it’s own set of issues, and the only thing you have at your disposal to find your way home is your Pokemon Go game. 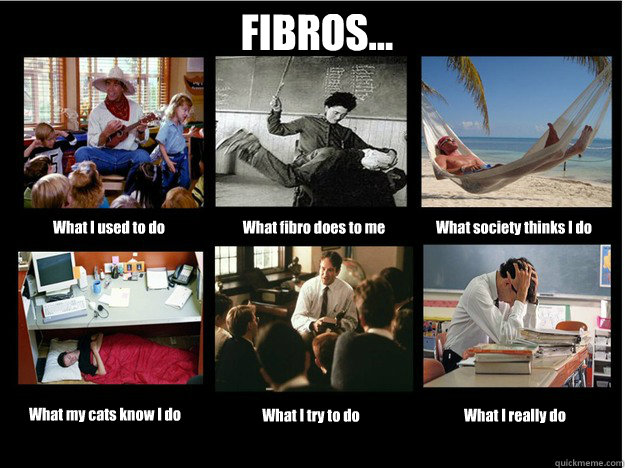 You might end up taking the extra long scenic route to the grocery store because you have no idea where you are going despite this being the 500th trip to that same store. It’s more than forgetting where you are going or what you are doing, although forgetting what you are doing while driving is a traffic accident waiting to happen. It’s reading a book and discovering that it is missing pages 59 – 73. It’s an endless black hole that you have to figure out how to navigate without getting yourself killed.

Somewhere around the age of 8 I went through a horror movie phase that lasted a few years. There was only one horror movie at the time that scared me, The Fog by John Carpenter. It frightened me because the kind of fog that produces zero visibility was a common thing in Northeastern Ohio. School wouldn’t be canceled or delayed for a blizzard, but it would be because of fog. As an adult fog still terrifies me, partly because of that movie, and partly because I know what it is like to have that kind of fog envelope your brain.

Meanwhile that same family member is making jokes about how in the last few hours you put your car keys in the refrigerator, filled the dog bowl with cereal, poured orange juice into your coffee, wore your socks into the shower, spent 20 minutes looking for your glasses while they were on your face, and forgot what your car looked like causing you to wander around the grocery store parking lot trying to suppress an anxiety attack while you wonder if you should call home or call the police and report the car stolen. Your mishaps become stories your family tells during the holidays for a laugh, or something you put in an essay for creative writing class.