You are here: Home / Blog / A Different Version of the Truth

When I enrolled in university I did do with a half-assed responsible plan. It was with the thought that I have spent the better part of the last 25 or so years being a stay at home mother occasionally doing odd work at home things like freelance writing. I asked myself, “What would I do if something happened to my husband? How would I take care of myself?” and “We need to put money away for retirement”. I was having the kinds of thoughts that one has as they get older and realize that things aren’t getting any easier. I wanted to go into translation but I quickly learned that learning a second language wasn’t going to happen and if I didn’t withdraw from my German class I was going to end up killing my GPA. Prior to this, I was debating what to do for second major, was it going to be creative writing or religion. Since I was unable to pull anything above a 45% in German no matter how much I studied and how much help I got, that decision was easy to make. It would be both and later I added a minor in journalism because a lot of writers that I love reading have or had backgrounds in journalism. There must be something to it.

Stay with me, this is going somewhere, although it might not be elegant and come across disjointed.

Creative writing and journalism make sense, but why religious studies? Because I wanted to understand people and the world better. 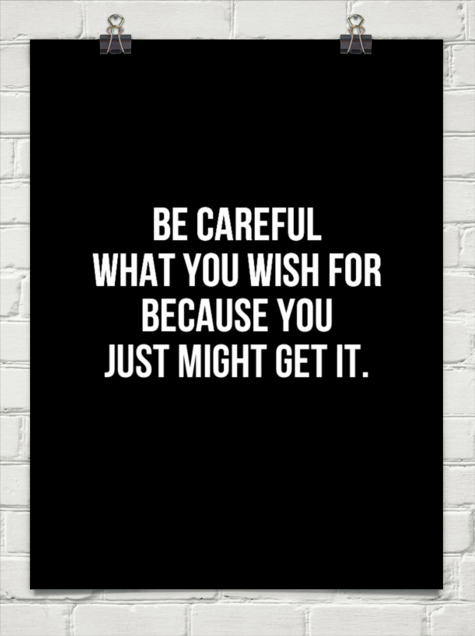 Two classes that I took recently were Black Women Writers and Religious Tolerances and Intolerances. I don’t think I will ever be the same again. I haven’t decided if this is good or bad yet, because I have become a much angrier person. Part of me wishes I hadn’t gone on this adventure of understanding. I don’t like what I have learned and yet I wish everyone had the same knowledge that I do.

The final paper I wrote for Black Women Writers was on the book banning of minorities, focusing on black writers. My final project for Religious Tolerances and Intolerances was on the role that politics play in racism. The research for both of these papers lead to one of the worst panic attacks I have ever had because of the subject matter. I ended up emailing my religion professor telling her I couldn’t finish the project. She graded what I had done and I got a decent enough grade. My literature paper I turned in ended up being a rough draft. It wasn’t my best grade, and all things considering, it didn’t hurt my grade as much as I thought it would. But that’s not the point.

Reading about the history of slavery, religion used to justify racism, and why black people are silenced while at the same time reading about hate crimes committed in the name of Islamophobia – again with religion used to justify it in many cases, was a dark alley I was not prepared to go down. I was still reeling from the realization that the high domestic abuse numbers in the Black Community is part of the legacy of slavery, that black people learned about abuse and how to control others with abuse from their white masters and was unprepared for it to get worse. Nothing could have prepared me for what I learned, for the history – a history that the United States likes pretend doesn’t exist – of brutality and injustice that is quite honestly hard to wrap your brain around. It sent me spiraling from shock and disgust. It made me angry. I felt lied to. This history that I was taught in the public school system was not the same history I uncovered doing research for university papers.

In the 5th Century someone decided that “the mark of Cain” in the Bible referred to black skin. Others attributed the black skin to the “Curse of Canaan” by Noah. People argued that because Noah and his family were white any black people had to be among the animals. Add this to everything the Bible says about slavery including how slaves are to be treated and you have a recipe for Christian justification of slavery and racism that continues today. There are 250,000 denominations of Christianity in the world and some of those denominations are racist AF. (As an aside: The Southern Baptist Convention that we hear about every so often, it was started pre-Civil War to promote the religious right to keep slaves.) I brought up Islamophobia earlier, this is important because of the number of Muslim African-Americans. If they aren’t being discriminated for their skin colour, they are being discriminated against for their religion, if not both.

Black writers have been put on banned book lists because their work is “inappropriate”. Inappropriate is code for “it talks about real life and real things that happened and it makes white people feel guilty and they don’t want to hear it.” Especially Christian Fundamentalists. From my paper:

Fundamentalists “believe in a distrust of the individual acting without God’s grace and guidance” and are “willing to ban books from public institutions because society should exemplify God’s will and because individuals cannot be trusted to be holy, left to their own devices…they understand freedom to man acting in conformity with God’s laws” (Tamney and Johnson). The logical conclusion is that censorship can assist humans and help people to be truly free.

Today, more than 60% of Americans believe in book banning, and the targets are always LGBTQ, Black, and/or female writers. If the demographic isn’t the white heterosexual Protestant male, then someone is going to try to put a book on the chopping block, and that silences a lot of voices we need to hear.

I totally understand the hows and whys of the mess that the United States is in. I thought that we, as a nation, had gotten beyond some of this, but obviously we haven’t. I don’t like the world that has been created, and I don’t want to live in it. Our society is broken and needs fixed, but we have centuries of systematic bullshit to clean up. That isn’t going to happen overnight because white people (especially the white government that has dominated the country since it’s founding) have made a real mess of things. Every time I hear someone say that this country was founded on “Christian Values” I want to punch them in the face. Those ‘values’ that this country was built on enslaved people. Those ‘values’ placed ownership of other human beings as a status symbol of the wealthy. Those ‘values’ separated families and caused needless deaths. Those same “Christian Values” are still getting black people killed today. I wish we could force people not to be racist assholes, and as much as we want to, because of that whole freedom of religion thing, we can not ban religion that teach that black people are lesser and were created to serve white people. How many black people have to die needlessly before this country gets it shit together?