You are here: Home / Blog / The 1970’s Science Fiction Writing Style Does Not Agree With Me

One of the books on the reading list for Feminist Science Fiction this semester at Uni is The Female Man by Joanna Russ. I am having a really hard time getting into this book. I hate the style it’s written in and find it hard to follow. The book was published in 1975. This will become important in a moment.

I taught myself to read long before I entered kindergarten. Back in the early 1970s there was this record player for kids called Close and Play. 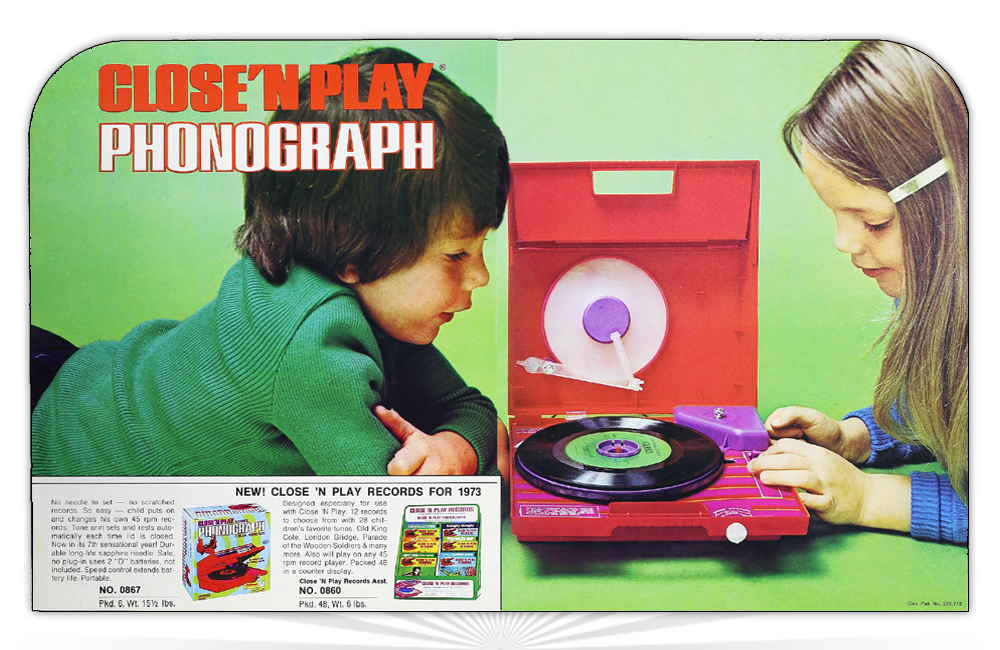 It used 45 rpm records and the lid had to be closed in order for it to work. The idea was to help minimize damage done to records by children.

My mother rarely read to me as a child. In fact, I do not remember her ever reading to me. She hated reading. Even something as short and simple as Green Eggs and Ham. This is probably why I was in awe when years later – at the age of about 13 – I found three books that belonged to her. I have no idea if she read them. Two I found upstairs on a coffee table. Both Harlequin romance books. The only thing I remember about either of them was the woman in one of them had teenage sons somewhere between 3 and 5 who attempted to make her breakfast by putting eggs in the toaster. The third book I found in a box in the basement. The Story of O. Not appropriate reading material for a 13 year old, but I read so many things were inappropriate to my age. I read anything I could get my hands on, actually.

My mother bought me a ton of Read-Along-Storybooks for that Close and Play. These were books that came with a record tucked away in a sleeve in the back of the book. 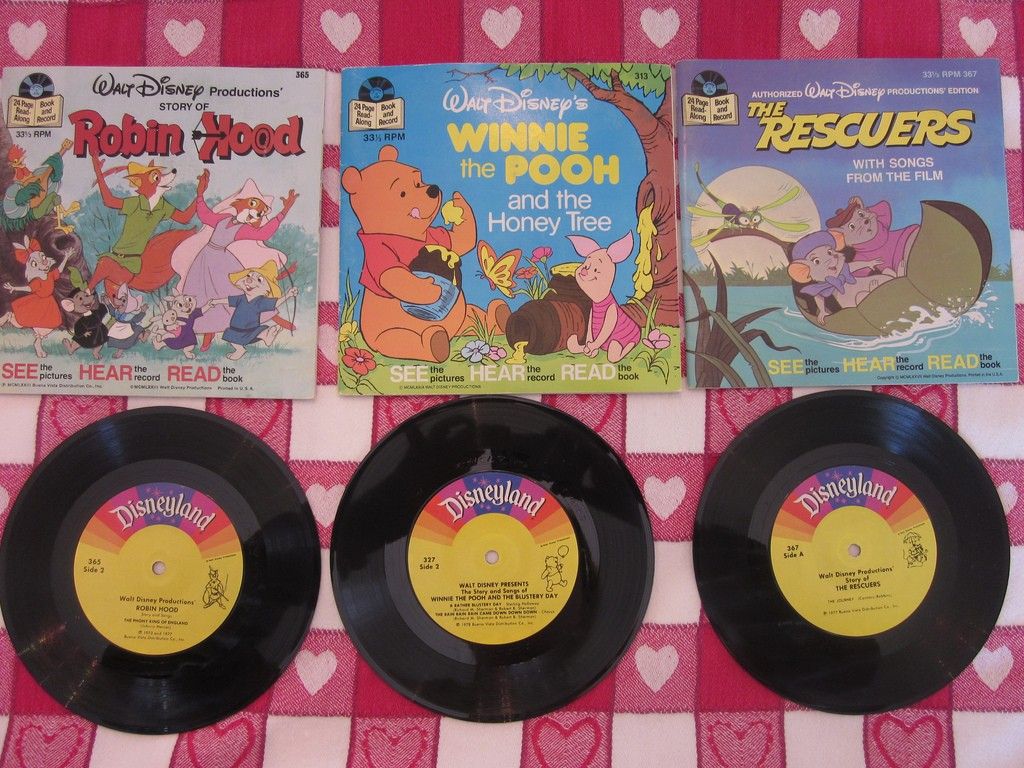 Spending hours with my Close and Play and my Read-Along-Storybooks I was reading at 3 or 4. I remember sitting in my grandmothers living room reading Dr. Seuss books to my great-grandmother. My mother and grandmother were sure that I just had them memorized. My great-grandmother didn’t believe them and handed me whatever Andre Norton book she was reading at the time and asked me if I could read anything in it. I read a couple sentences and she took the book. She looked at my mother and grandmother as if to say “I told you so.” If she had been a less dignified woman, she would have stuck her tongue out and blew them a raspberry.

From that time on she bought me books, always a little bit over my my reading level to challenge me and turn me into a good reader. One of the first book sets she gave me was her own 2 volume set of The Brothers Grimm. I’m pretty sure that either my mother or grandmother would have lost their mind if they knew that Cinderella wasn’t the story Disney turned it into. I had a huge collection of books written by female science fiction writers from my great-grandmother, because it was what she like to read. The likes of Andre Norton and Ursula K. Le Guin and Marion Zimmer Bradley. I loved a lot of the books she gave me. My mother and grandmother never bought me books. Neither did my step-fathers family. Reading was something they didn’t enjoy and therefore didn’t understand. Only weird people read books.

Then I discovered the library. I did my best to find books like the ones my great-grandmother supplied me with. Sometimes I succeeded. Quite literally, between third and fourth grade I worked my way through every science fiction book in the school library and was disappointed that they didn’t get new books. The truth is, they probably did, just not what I was reading. So, off to the public library, where I started on their science fiction section. I remember a librarian telling me I should go down to the kids section. I told her I had read all those books. It’s not like a lot of science fiction at the time was written for kids or young adults. The librarian finally left me alone.

Yes, I was THAT child. The one that you hear about every now and again and are sure that the stories are exaggerated because 10 year old’s don’t read “adult” books. By 13 I discovered Stephan King and Peter Saul and learned quickly not to loan my books out. That’s another story.

Something that I discovered when I was that child in the library looking for books, that still holds true today I have found, while every so valiantly trying to work my way through The Female Man is that there is a style of writing that a lot of science fiction writers in the 1960’s and 1970’s used. I can’t quite explain what it is, but I know it when I read it. I cringe every time I pick up a book written in this style and, unfortunately, The Female Man is one of those books. This style of writing has nothing to do with how good the story is. It’s just how it’s written. It jumps around. It’s told from many points of view and you aren’t always sure who or where you are. Many of the sentences are just slightly off from how most people normally speak. There is an excessive use of parenthesis to explain things further, or to give a characters thoughts in the middle of a sentence. Chapters are sometimes one short paragraph. It’s the type of thing that you have to read sections two and three times to fully understand them. I have 213 pages of this to get through. As of today I have 10 days to get through it. I’m not sure I can do it. The person who can normally read a book in a day or two is stressing 10 days to read a book because of how it’s written. I read War of the Worlds in a few hours. I read the entire Twilight saga in a weekend (I want that weekend back). Last semester I read Adjustment Day, Invisible Monsters, and re-read Fight Club and countless scholastic essays about Chuck Palahniuk and his writings during one weekend for a rewrite of my final paper for one of my classes. And yet, The Female Man is sucking away my will to live and I am only on page 25. And to think I was excited about this class because science fiction books.