You are here: Home / Blog / A Strange Request at a Piano Bar. 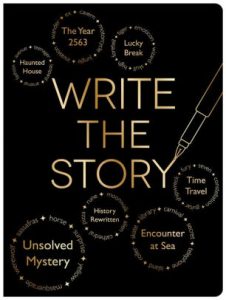 I purchased a journal type book today (that doesn’t have nearly enough room to write in) for the laughs. It is filled with 100 writing prompts and words to use with each writing prompt. The best part is, some of the words you have to really think about how you can work them in there because they really have no place being there.

See what I mean about some of those words not really belonging? It’s a fun exercise to make it all work and stretch the creative muscles. And now, the story I came up with…

The carnival really brings some interesting people to town, and I am just not talking about the carnies. You know how I have that part time gig playing piano at Ivory Keys? Last Friday night a bunch of people came in fresh from the carnival thinking it would be a good place to wind down. They ended up upsetting some of the regulars, like the hippy girl who wears the sassafras perfume.

So, this rowdy bunch of about six people come in, talking and laughing at the top of their lungs. People were throwing them dirty looks and telling them to quite down. They were loud enough no one could hear the piano, so I just stopped playing. There was no point continuing. I just sat there, watching, waiting, listening, and adding up in my head how much I was going to lose in tips.

To give you an idea of how inconsiderate these people were, on the way to the bathroom, the hippy girl tripped over one of their chairs that had been temporarily abandoned for the bar and sprained her ankle. When she fell, she hit her head on this ancient iron Buddha statue we have in there. I have no idea where the owner bought it or why he thought the piano bar was an ideal place for it. Obviously, it was not well taken care of before he found it; it is discolored from oxidation. He’s never cleaned it up or restored it, just left it like that. Anyway, I thought we were going to have to call an ambulance for her. When asked she told everyone she was alright and limped off to the bathroom.

A few drinks later the group became more raucous. One of the girls was showing off souvenirs from the carnival to anyone in the bar that would pay attention. I am pretty sure she was a juvenile delinquent in a past life. You know how you just know when someone is trouble? Yea, I had that feeling about her. She was especially proud of a feathered mask she purchased, loudly announcing it was going to be her new thing, and she was going to wear it everywhere.

This is where things got weird; as if things weren’t weird already. She comes up to the piano, pulls an apple out of her bag, twirls it in her hand and looks at me. “I’ll give you this here apple if you play the Nyan Cat song for me.”

How do you respond to a request like that? That has got to be the strangest request I have ever gotten. An apple as a tip is pretty weird too. It was so off the wall, I had to do it. I started playing and the group fell silent. As long as I kept playing that song, they didn’t say a word. They sat at their table entranced. I have no idea what that was about, and I probably do not want to know. It could have been the alcohol talking. For all I know it could have had some deep spiritual meaning to them.

As I played, I glanced around the room and noticed they were the only patrons left. Their behaviour had cleared the bar out. The owner had been tending bar that night and what was left of his patience left thanks to Nyan Cat. He told the group that it was closing time – closing time at nine-thirty – who ever heard of a bar closing at nine-thirty? They bought the story and left. The owner locked the door behind them where they would not come back. We cleaned up and left.

About an hour later my phone rings. It’s the bar owner. Apparently, the police had contacted him because the alarm system went off. A girl smelling of sassafras had accidentally been locked inside the bar…